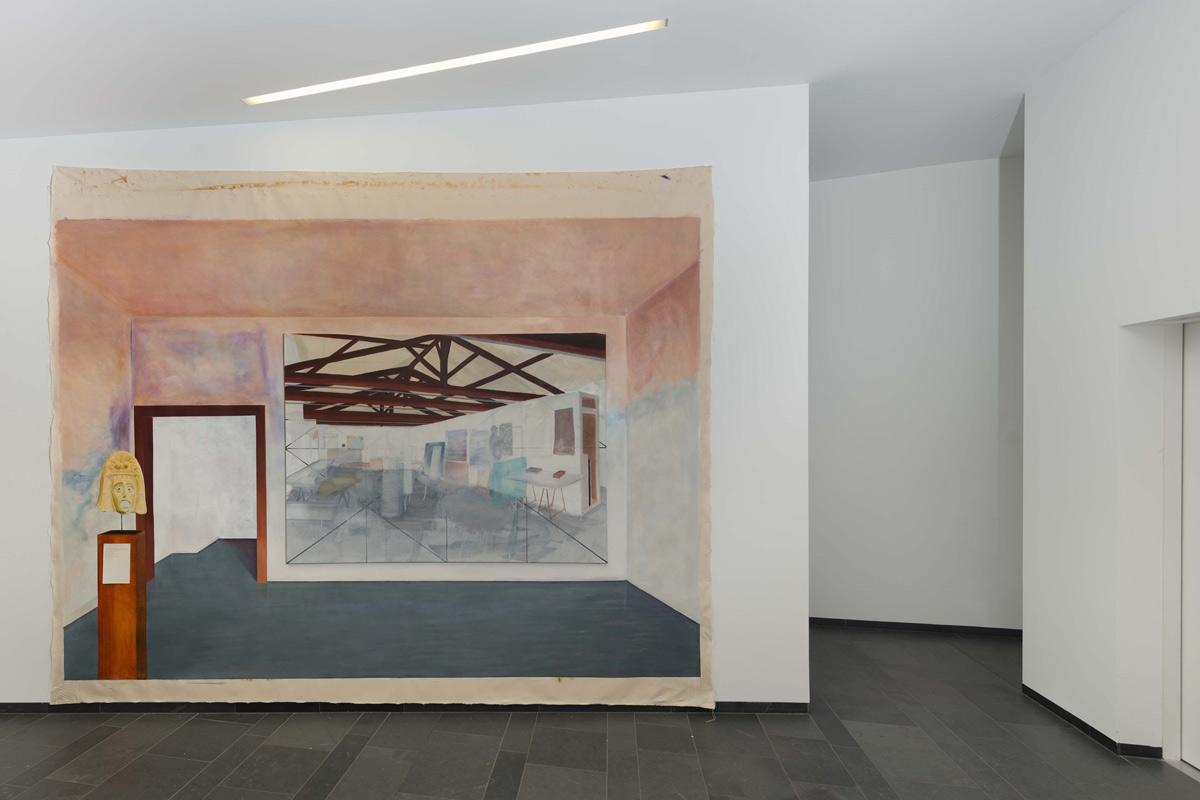 
Since the beginning of what is commonly called modernity in painting, the focus has almost exclusively been on the complex problem of how to correlate gaze and image amongst the fields of physiology, philosophy and art history. Previously there had been a great consensus on the relationship between image and space, which had historically developed as a sub-question of constructive mathematics and stated that space has to do with perspective and vice versa.

SECONDO STILE is taking advantage of the nomadic quality of the portable canvas to explore the boundaries of artistic collaboration by applying the principal of spatial mobility and fluid appearance. It’s a truly independent space. The fourth installment of SECONDO STILE is shown in the Foyer of L 40 – the semi public foyer of the Kunstverein at Rosa-Luxemburg-Platz. As an alternative to the main exhibition space on the second floor it is used for temporary site specific installations that relate to the rigorous modern architecture of the building. Strictly speaking SECONDO STILE is an exhibition space sqatting another. It utilizes an existing location to install an imaginary apartment – absolutely not in sync with the style oft he house – in which an exhibition by Emmanuel Simon is shown.

Simon’s painting SALLE 308 is a portrait of the room at the fine arts school in Toulouse where Simon used to work alongside his collegues. The space is slightly distorted, deconstructed by a strange time warp and thus – like a historic photography – void of moving objects. Nevertheless it is basically a realistic painting using classical perspective, in fact it even displays the grid-structure used to construct an illusionist painting as a reference to early theories of perspective. Within this structure one sees ghostly appearances of other paintings left behind by the students oft the art school.

The effect of SALLE 308 placed on Chiasera’s traveling exhibition painting is comparable to the illusion created by stepping between two mirrors opposite each other. The impression is of endlessly interlocking spaces, all of which are painting and art space at the same time.
S.P. 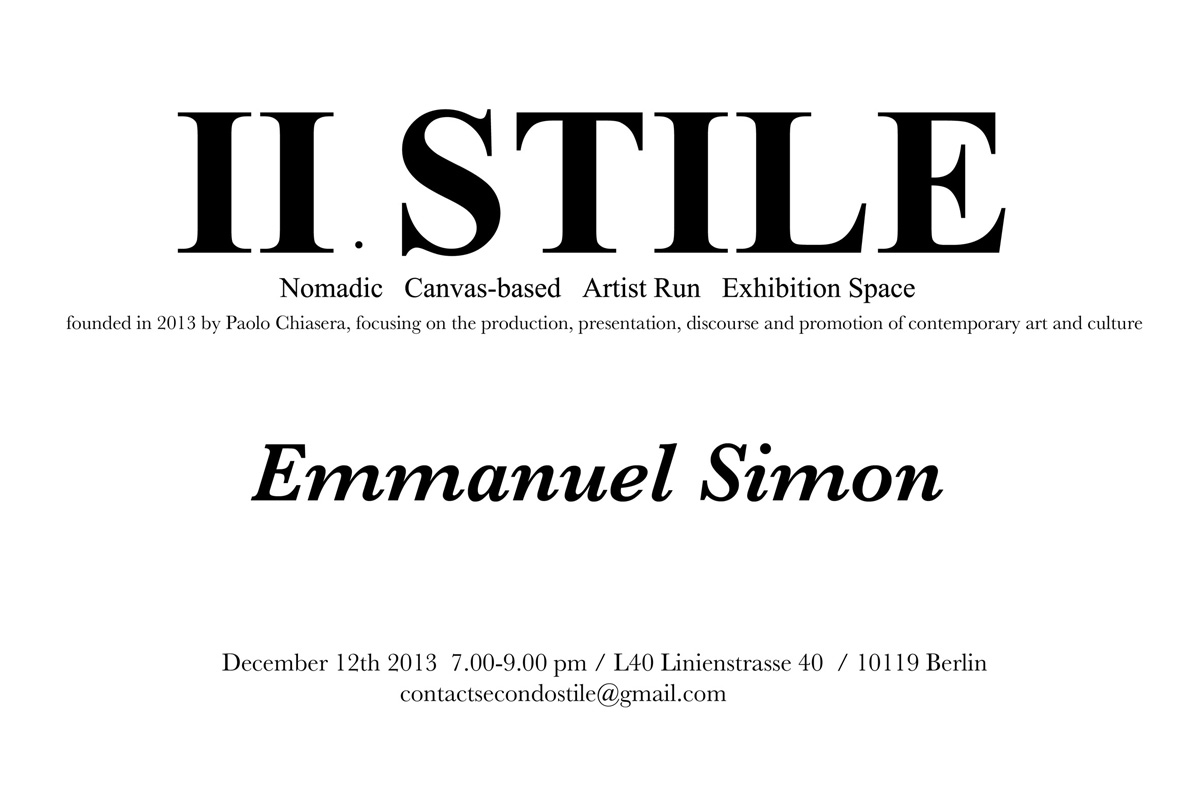