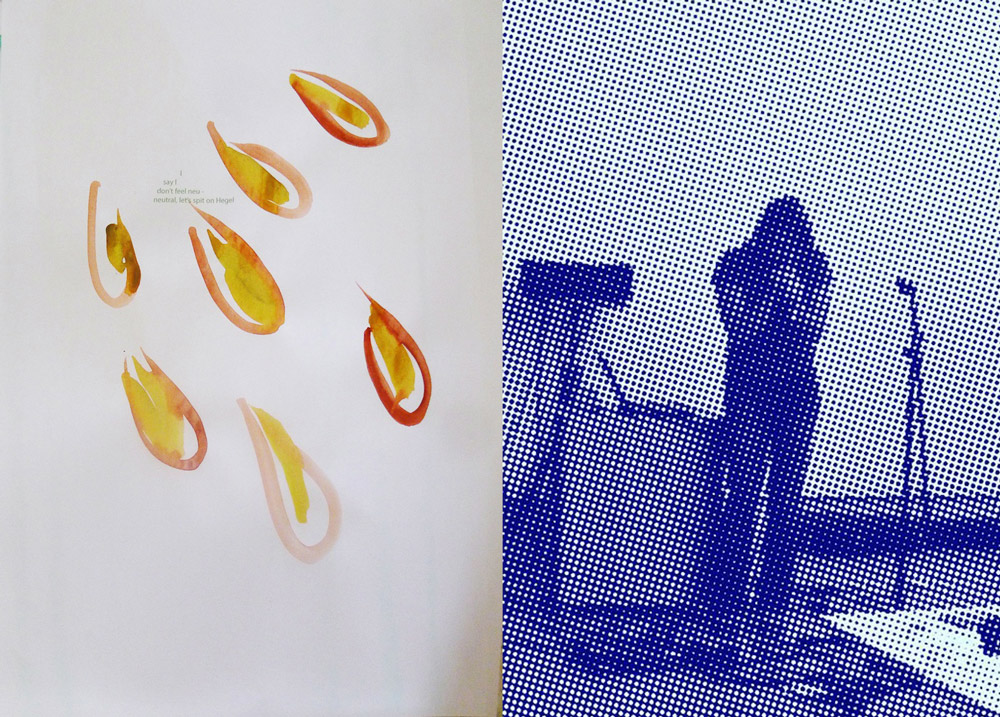 Nadia Lichtig will converse with authors from her growing archive of voices. The vocal performance – at once concert, lecture and dialog – loops, superimposes and combines a variety of feminist texts in a radical subjectiv way, relating in a non linear way traditional sources of knowledge to vernacular forms of expression. Drawings from the artist – in fact notations for the performance – will be shown simultaneously.

„Gossip as Testimony, 2015, is an ongoing archive of notes – from texts by writers such as Monika Wittig, Luce Irigaray, Gertrude Bell, Irit Rogoff, Calamity Jane, Marija Gimbutas, Virginia Woolf, William Peter Blaty, Carla Lonzi, Mira Schor, Griselda Pollock … – which are recombined, reworked, continued in a subjective manner. Speaking to myself in my own voice, singing reinterpreting, looping, superposing words, I enter in a dialog and converse with authors, in a non linear approach of knowledge and form construction, relating to traditionally minor formes of expression, such as journal, conversation, orality.

I consider these moments being “performed paintings”, paintings delayed in time. These I explore through projects based on the principle of montage, series where conversations, collected notes, subjective elements of language are transcribed and transposed. It includes the process of layering, collaging and transposing of media such as voice, writing and music. The content is situated in the translation, the tension between states – I’m interested in a non formal and non visual approach of painting, and in the processes that develop around it – when there is translation, interpretation; modifications, ambivalences appear. This is what I’m interested in, the loss or the gain, the excess, the entropy that is operating as there is the tentative to shift from one state, from one form into another, from writing to voice, from sound to video, from video to painting, from physical phenomenons to effects of light.“ 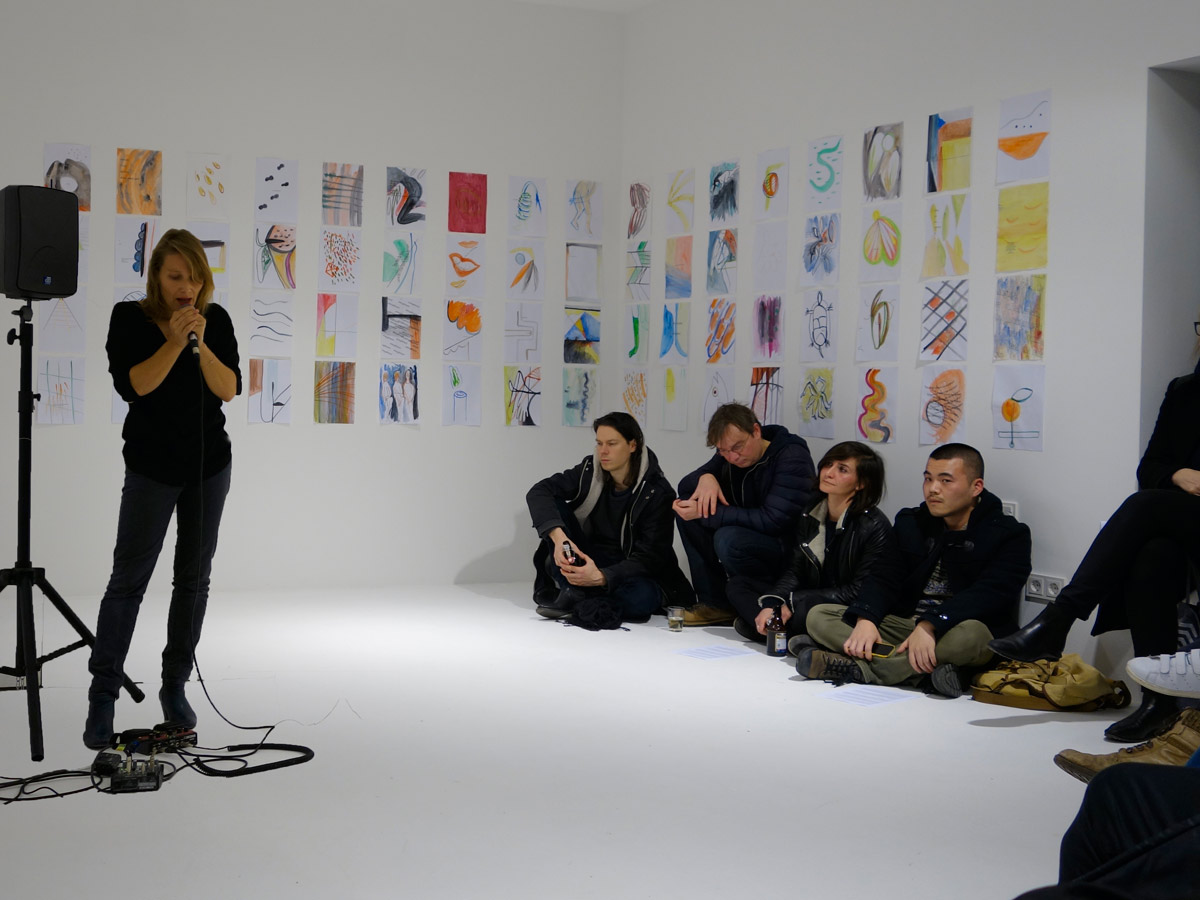 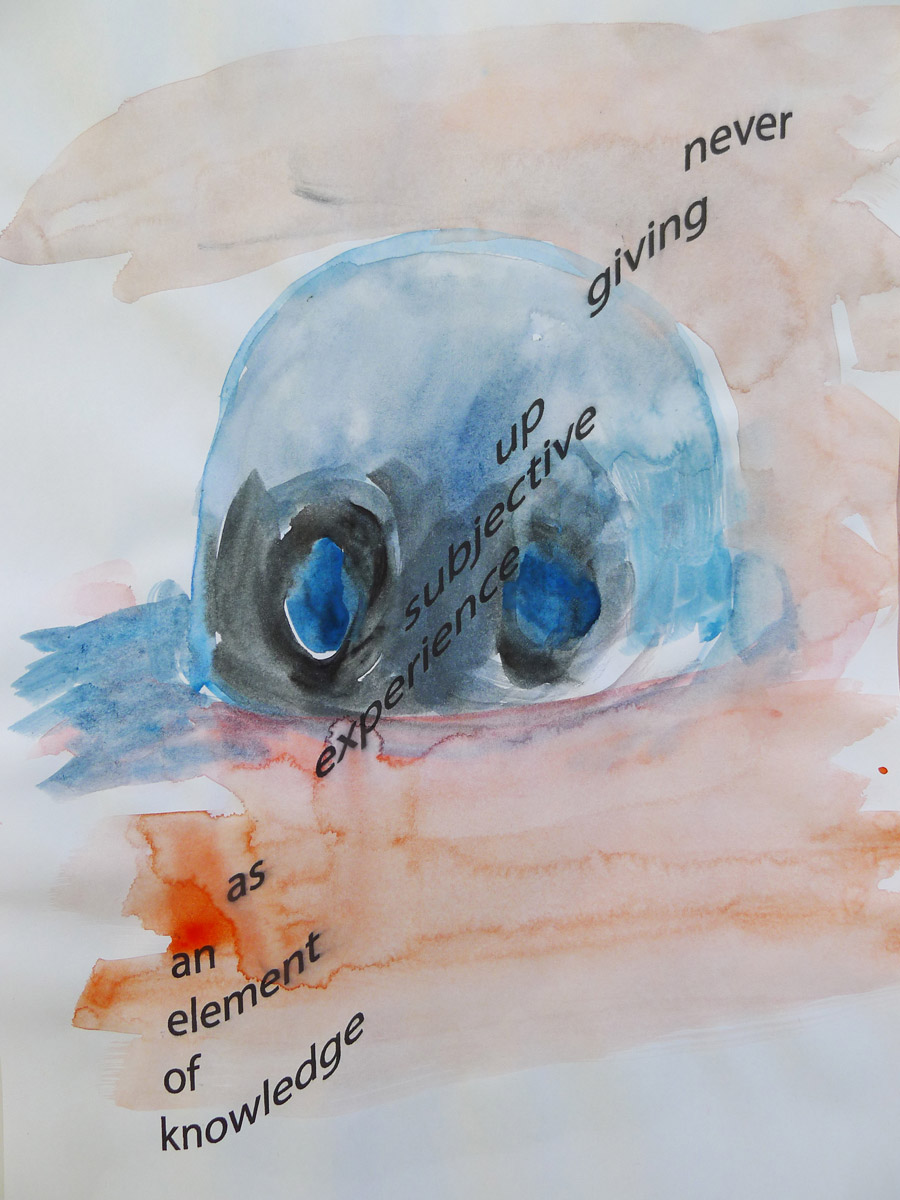 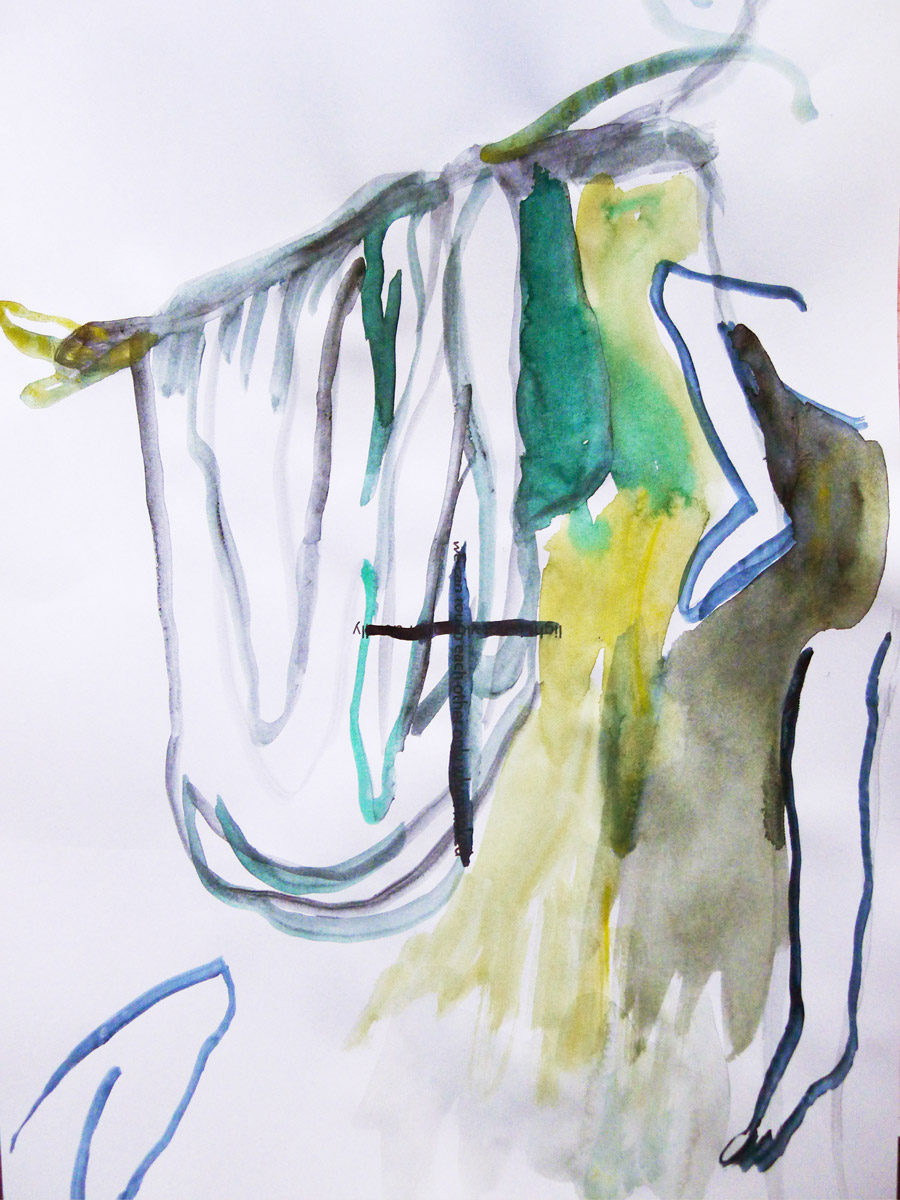 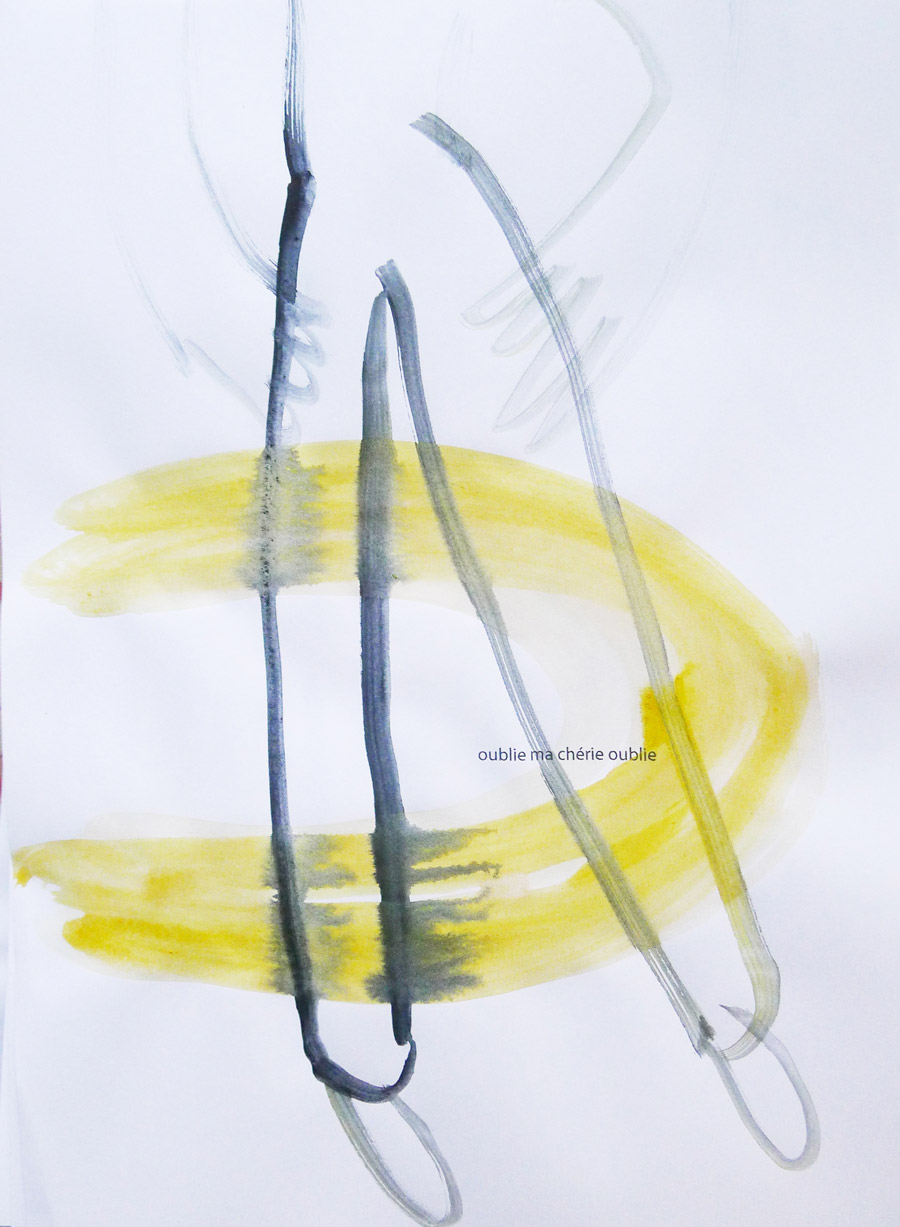 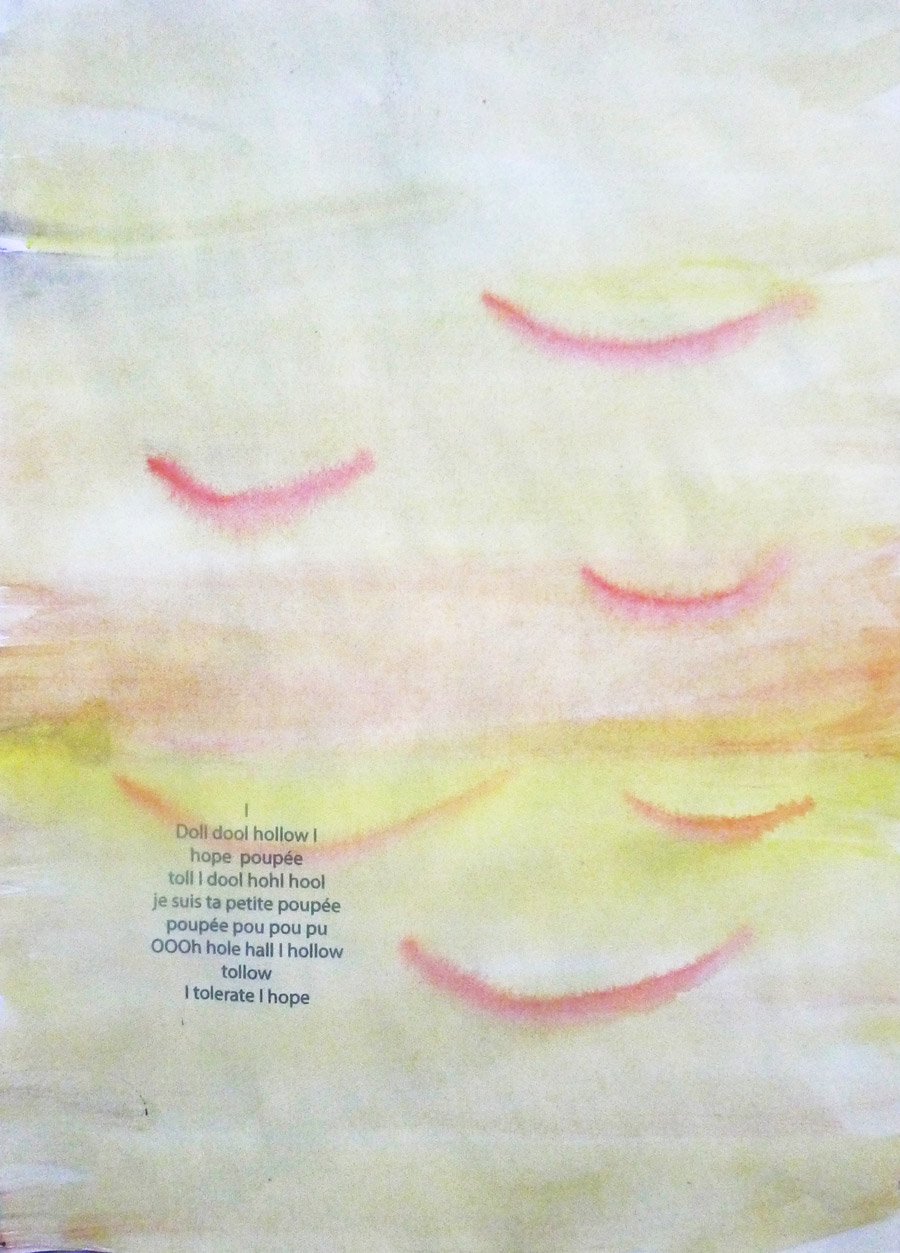 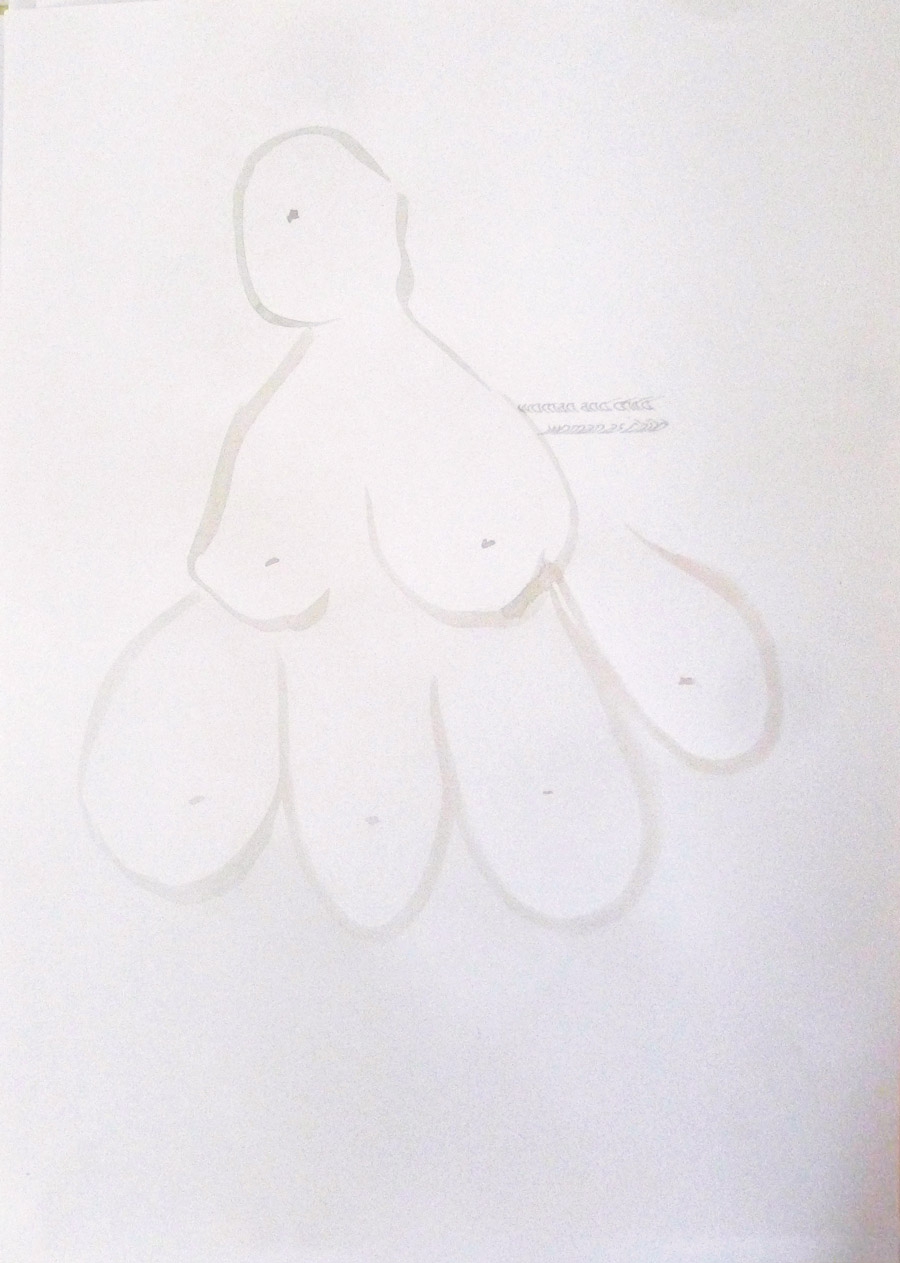 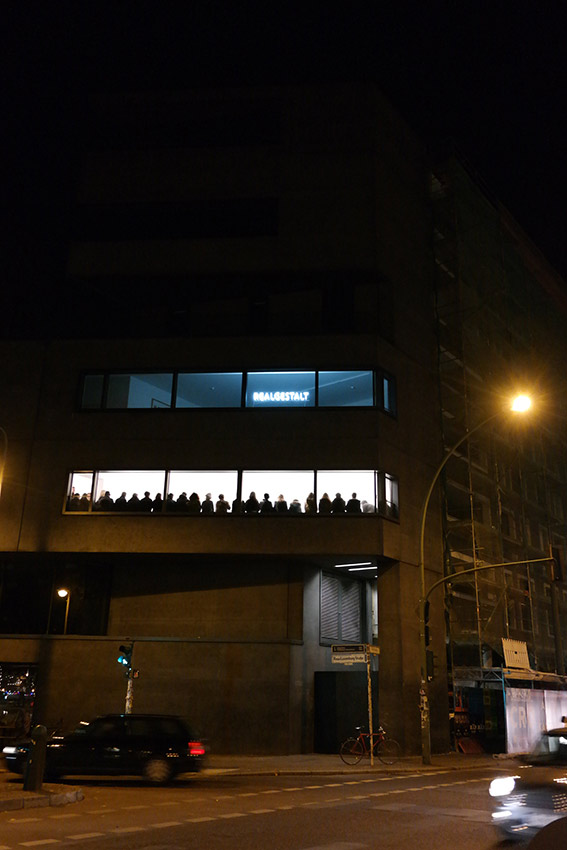